That’s Just The Kind Of Duck He Was

Once upon a time, there was a duck.

His parents named him, “Duck” since they couldn’t think of any other name for him. He didn’t mind. Even as a child Duck knew, in his duckling heart, that a name didn’t change anything about who he was inside.

He was an unusual duck.

For one, he was very, very shy. From birth, he felt like the world was a dangerous place. And he felt as though his parents weren’t able to protect him. That made his young life difficult.

Still, his heart was good. He always wanted the best for others. And he was sad when they suffered.

This quality was so much a part of him that others noticed it. Over time many sought him out. They came to him for help, support, or an empathetic ear to hear them.

Ducklings and grown up ducks who empathize with others like this are “Gentle Souls.” They are wonderful additions to the world. They bring love, hope and compassion.

Gentle Souls also often suffer in life. One reason is that their gentleness sometimes attracts those who don’t mean them well. They look like an easy target.

Duck had many experiences growing up that showed him this. He never understood it. Why would anyone not wish him well? After all, he was a good, kind-hearted soul.

But this idea didn’t change anything. These toxic others often sought to dump their negative energy on Duck. And for a long time, he took it in. He didn’t know what else to do.

One day, as Duck was entering adulthood, he met a wise, old drake. This elder duck saw Duck’s situation immediately. And he knew how to help Duck get past this problem. He took Duck under his wing.

The next few years were strenuous. Duck learned exercises to become stronger. He gathered skills to neutralize bad energy when directed at him. More and more he found that he could move through the world without fear.

But there was still something not quite right. It was his personal relationship. This showed up when he married a young lady duck. But the marriage was odd.

At first, everything seemed great. They were in love and enjoyed their time together. He felt loved and connected.

Over time this changed. Things would seem to go along fine. Then, every few months, his mate would sit down with him and say, “We have to talk.” He came to learn that this was code language meaning he was in trouble.

But the thing was, he could never quite figure out what he was in trouble for. When he asked her, the reply was, “You should already know!” Or it might be, “Everyone knows that you are doing it wrong.” In other words, she would never tell him exactly what she thought he was doing wrong. And, she would hide from him any way he might fix it.

Being a duck who wanted to always make things better, he tried and tried. But nothing he did seemed to help. The “we have to talk” moments continued.

Finally, after many years, Duck gave up. He started thinking that he was never going to be any good at relationships. He felt frustrated, ashamed and powerless.

But Duck had missed something important. Can you guess what it was?

He had missed that he wasn’t the problem! His mate was one of those souls who couldn’t help but try and dump their toxic negativity on others. And in her case, he was the unlucky recipient!

It turns out Duck was too innocent to believe that such a toxic person would be his mate. Duck’s lack of understanding about this only encouraged his mate to act in more toxic ways. She continued increasing her demands. She increased her attempts to control him. She made a point of keeping him further and further off balance.

But one day, she went too far. She told him he would never escape her clutches. She said if he tried, she would make him suffer. And she demanded he get used to it or else.

This was the moment everything changed. In an instant, Duck realized that she had never loved him. He finally knew, deep down, that she saw him as a worthless slave. He understood that nothing he could do would ever change that. The relationship was over.

But because he had been such a committed mate, it took him a while to figure out what to do next. He finally figured out what he had missed and how to never let that happen again. And he learned exactly how to attract his life-long love and soulmate.

But that’s a story for another time.

In the meanwhile, his ability to help, love and support others only got better and better. And he always did his best to help them live the life of their dreams.

That’s just the kind of duck he was… 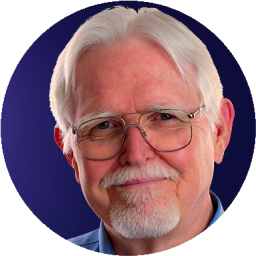 Bruce Eichelberger is a committed advocate for empowering Gentle Souls. For over 48 years he's explored powerful techniques for self growth. Techniques for finding inner peace. And techniques for living a life of fearless freedom. He coaches and mentors Gentle Souls to live their best life and share their gifts with the world. He supports them in developing the ability to neutralize toxic negativity from narcissists and other malignant sources.

Discover how To Master Your Inner Power... And Start Living A Life Of Fearless Freedom